Electronica Award winners were announced within the framework of the ExpoElectronica and ElectronTechExpo 2021 business program.

The ELECTRONICA award was created by the team of ExpoElectronica and ElectronTechExpo in order to celebrate the main achievements of domestic and foreign companies in the Russian electronics and electrical engineering market. The award is aimed at supporting outstanding projects to improve the efficiency of enterprises, increase sales, integrate new technologies and strategies, and work with personnel. The award is supported by the Association of Developers and Manufacturers of Electronics (ARPE). Exclusive media partner: Electronics NTB.

In 2021, 15 nominees in 6 categories took part in the Award. Registration of applications took place from November 17, 2020 to February 24, 2021. Voting in each of the nominations took place in two stages, the winners of which were determined by participants of the Russian electronic market. From March 1 to March 15, the exhibitors of 2021 voted — the Expert Community, consisting of the companies participating in the ExpoElectronica and ElectronTechExpo exposition. In the second stage, the winners were determined by the Visitors’ Community of Exhibitions. Online voting was also held on the website expoelectronica.ru on the Awards page from March 17 to April 9. 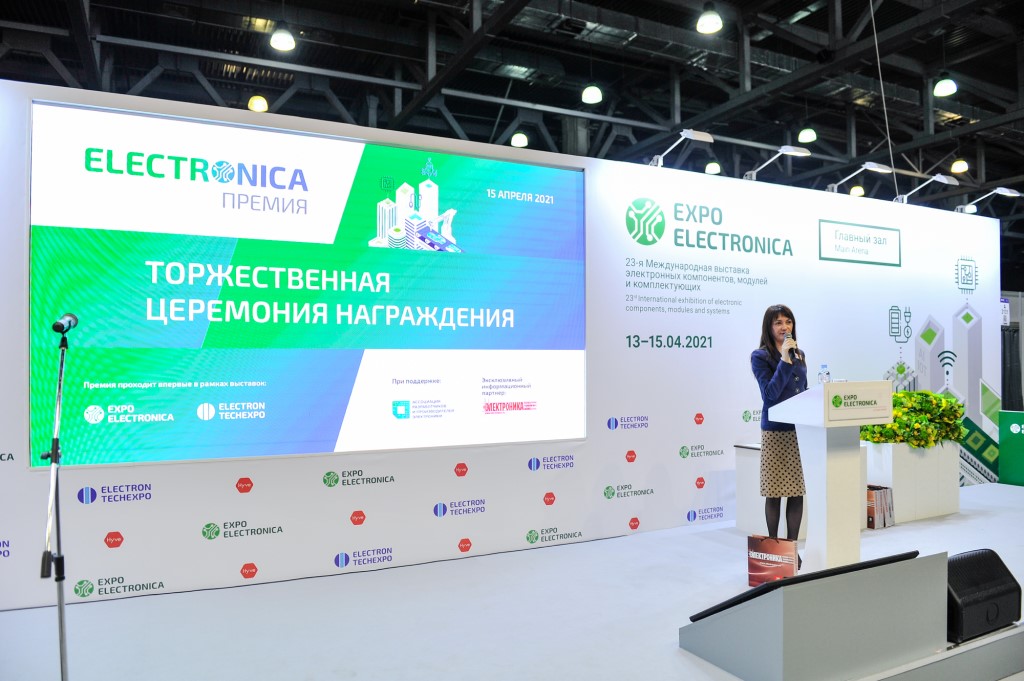 The results of the two stages of voting were summed up at the awarding ceremony of the winners, which took place on the third final day of ExpoElectronica and ElectronTechExpo 2021 in the Main Arena Hall of the Forum of Russian Electronics Manufacturers at the Crocus Expo IEC.

The presenter of the ceremony was the Event Director of exhibitions Rimma Mangusheva, who thanked the nominees, experts and partners of the Electronica Award for their interest in the event. During the ceremony, the nominees for each of the categories presented their projects briefly and received certificates of nominees for the Electronica Award.

Ivan Pokrovsky, executive director of ARPE, was invited to the stage to announce the winners.

The Research Institute of Molecular Electronics became the winner of the vote of the Expert Community.

The User Community chose NIIET JSC as the winner. 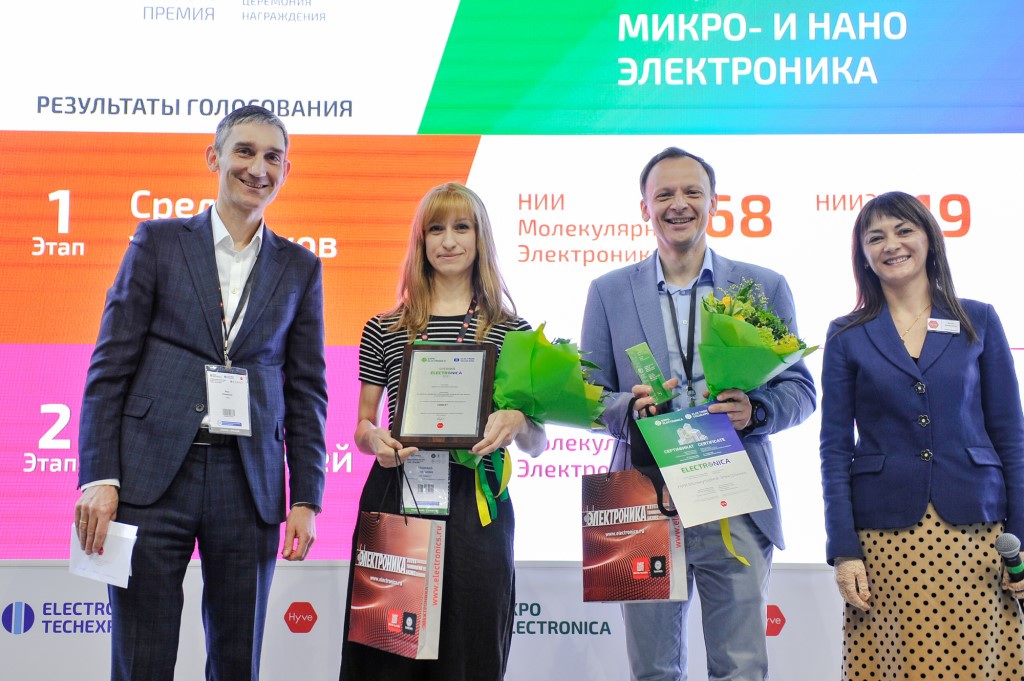 The awards were presented to the winners by Nikolay Dmitriev, head of the procurement department of NPO Starline. 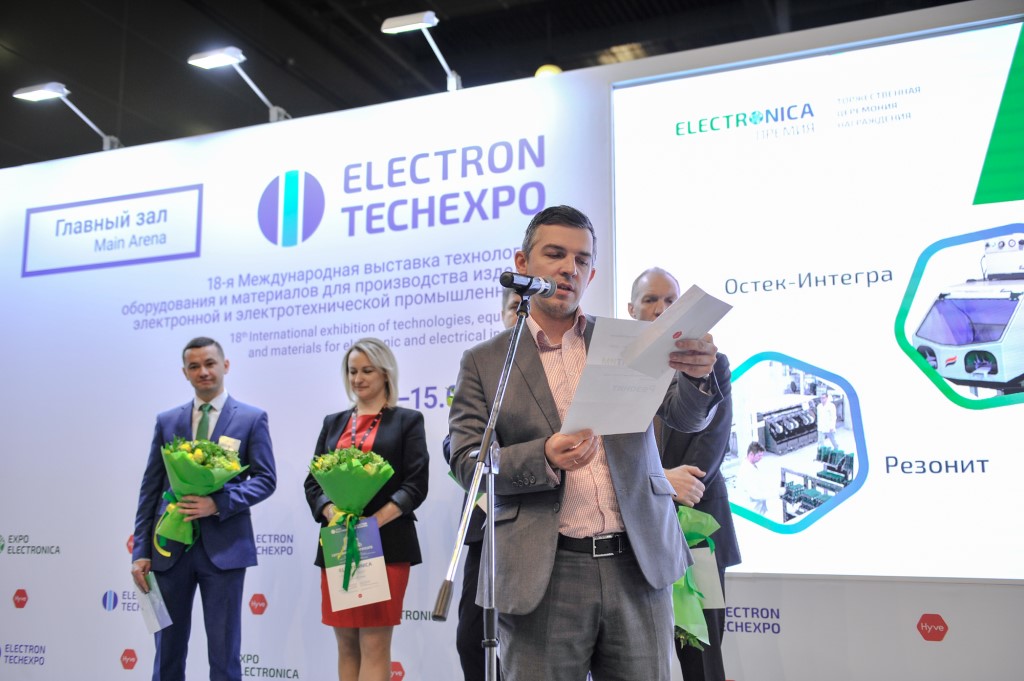 To announce the results of the voting, Alexander Soloviev, head of the industry portal Industry-hunter.com, was invited to the stage.

The Proton-Electrotex company became the winner of both stages of voting. 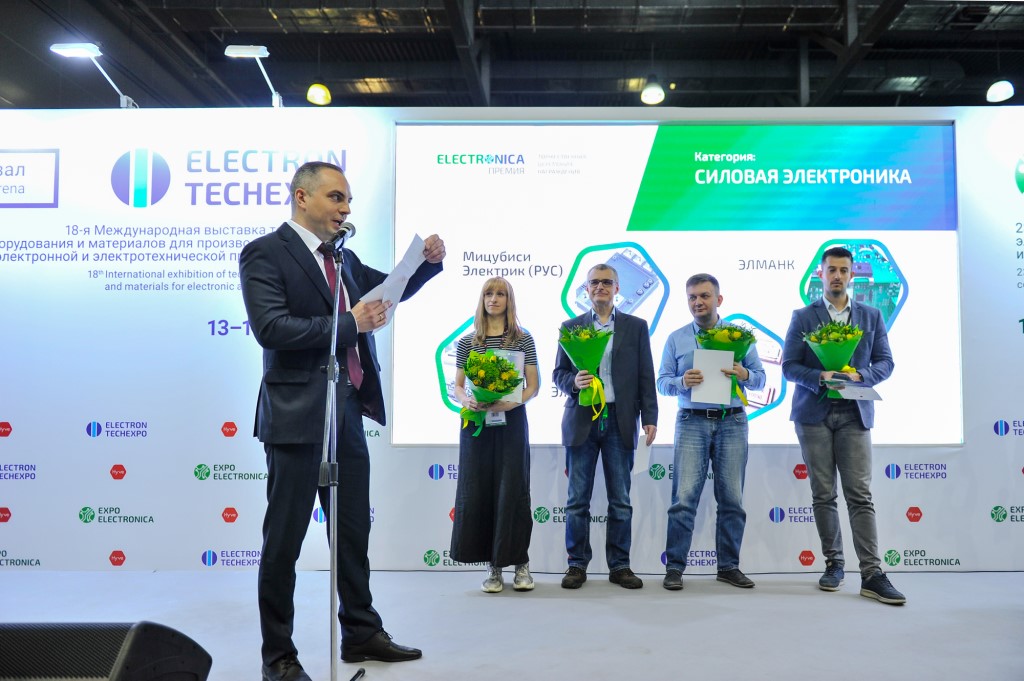 Category “Localization of production in Russia”

• TECHNOTECH — Carrying out a full cycle of operations for the creation of finished electronic products on the territory of the Russian Federation, regardless of external supplies of materials.

The laureates in this nomination were announced by Yuri Rubtsov, General Director of the Dayton Central Design Bureau.

The largest number of votes of the Expert Community was received by TECHNOTECH, the User Community voted for the company “Rezonit”. 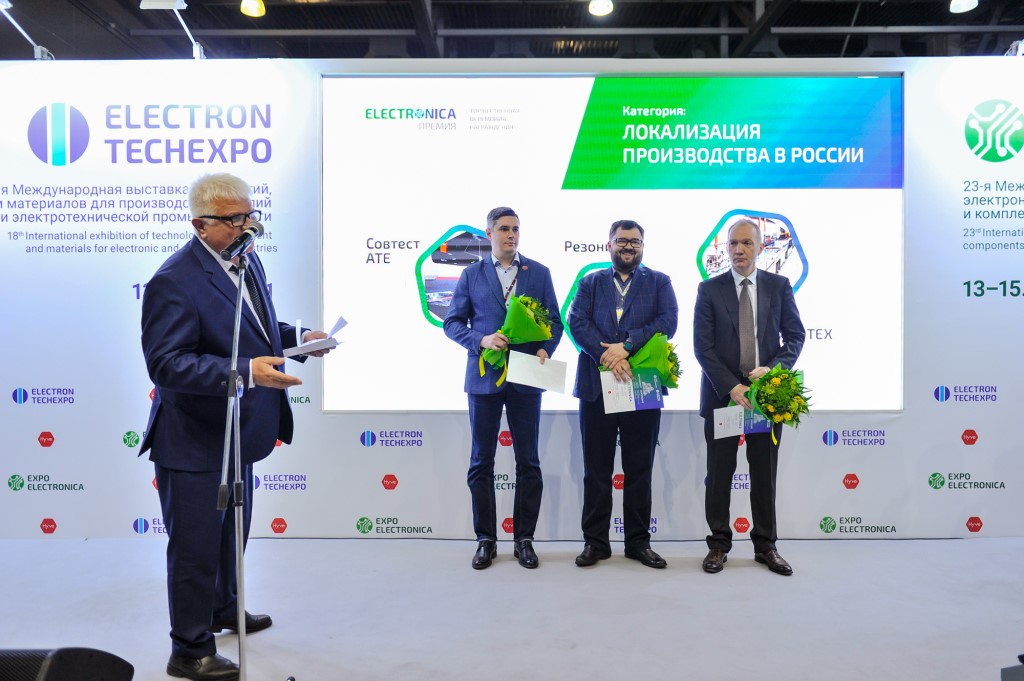 Olga Kazantseva, General Director of the Technosphere Advertising and Information Center, which publishes the scientific and technical journal Electronics NTB (media partner of the Electronica Award), presented awards to the next two laureates, each of whom was the only one in its category.

• Ostec-Integra LLC is a representative office of the Ostec Group of Companies, an integrator of world experience and a supplier of new technologies and materials for electronics and microelectronics in Russia and the CIS countries

All nominees were presented with certificates of participants of the Electronica Award and bouquets. The laureates were awarded personalized Electronica Prize statuettes and plaques, made to an exclusive design.

The nominees for the Award and the honored guests of the ceremony noted the continuing growth of the market, driven in recent years by the import substitution program, the local development of the component base and the large-scale modernization of production facilities. Many original and modern solutions are being implemented on the Russian market, which are reflected in the applications of the Award participants, whose active position ensures the development of Russian electronics. 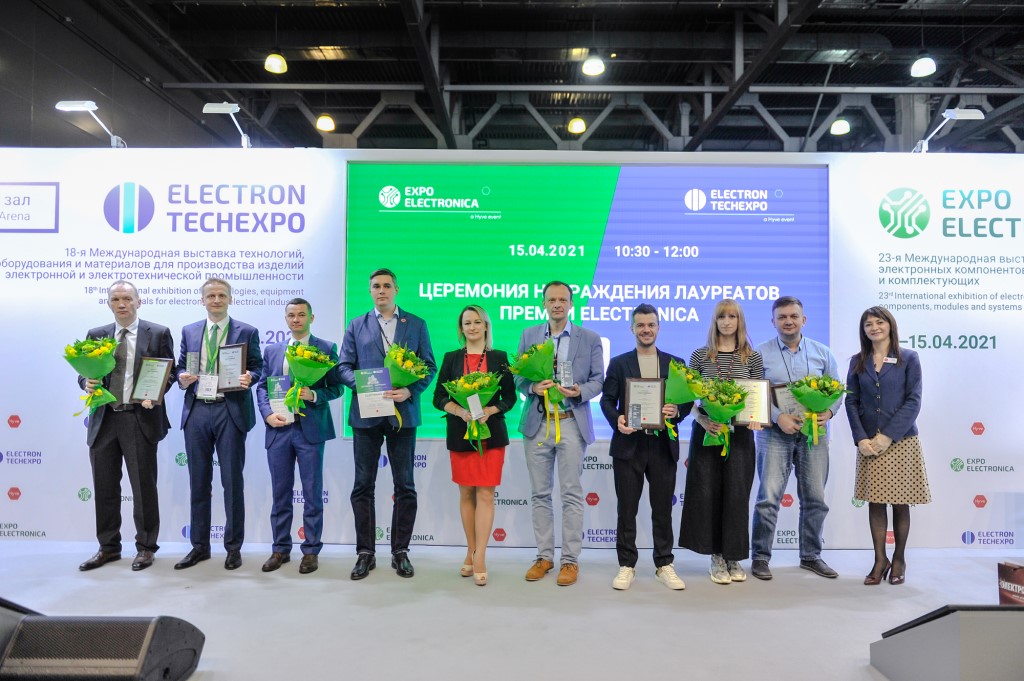 At the end of the ceremony, the director of ExpoElectronica and ElectronTechExpo Rimma Mangusheva invited all the winners of the Prize for a joint photo, and also announced the second annual ELECTRONICA Award, which will be held in 2022.

Thanks to all the nominees, partners of the Electronica 2021 Awards and congratulations to the winners!


Book your stand
Back