GS Group Holding and Philex Group of Companies announce cooperation in the implementation of a project to localize the production of electronic devices and components in the Russian Federation. The companies agreed to launch the production of computer components and peripherals in the Technopolis GS innovation cluster (an investment project of the GS Group holding in Gusev, Kaliningrad Region) based on NPO CTS JSC.

Pilot batches of products have already passed all tests: monitors for desktop computers and motherboards for stationary PCs. Samples of products were presented at the ExpoElectronica 2021 exhibition, which took place in Moscow from 13 to 15 April, at the stand of Technopolis GS enterprises, and the motherboards and monitors themselves are already being supplied to customers. 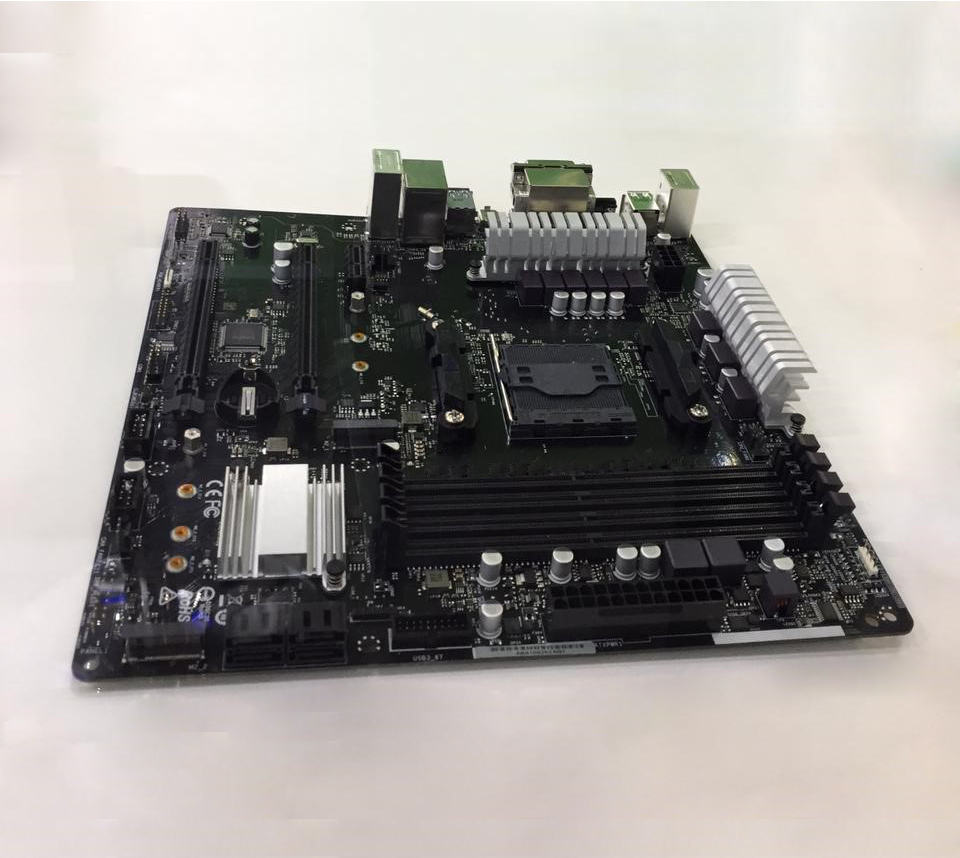 The motherboard is based on the AMD B450 chipset and, in terms of the set of features, fully meets the basic needs of an ordinary user. For ease of integration with specific systems, the board has PS / 2 connectors, supports a COM connection (with the ability to bring the connector to the case if necessary), and also allows the installation of a trusted boot module, which is fundamentally important, for example, for government organizations or financial institutions.

• support for up to three monitors;

The motherboard produced for Philex is the only Russian development for AMD processors today. The functionality covers the basic requirements of the register of the Ministry of Industry and Trade: computers assembled on its basis comply with KTRU and can be supplied to government agencies. The examination, as a result of which the board will be included in the GISP, should be completed in May 2021.

In the near future, the companies plan to jointly produce up to 50,000 monitors and at least 40,000 motherboards. In addition, Philax plans for the next 18 months to develop and manufacture a motherboard for monoblocks and compact barebones, master motherboards for domestically produced processors (Elbrus, Baikal), expand the production of a line of monitors and joint work on a touch panel for needs of educational institutions. Partnership in these areas of activity is also planned with the enterprises of the GS Group.

“The production of Philex products at the GS Group facilities is a vivid example of effective and mutually beneficial intra-industry cooperation, driven by a new strategy for the development of the radio-electronic industry. On the territory of Russia, an ecosystem of developers and manufacturers of the most complex electronic devices and solutions for the civilian market is gradually being formed, which greatly accelerates the transition of the critical information infrastructure of our country to domestic technologies and products. The development of an internal production chain allows developers to innovate faster and shortens the path from idea to finished solution. The industry can grow and retain talented engineers. That is why we are developing Technopolis GS as an integrated complex of enterprises, introducing new production technologies, ‘said Fyodor Boyarkov, Director of Production Development at GS Group.

NPO CTS JSC is one of the flagships of domestic electronics production,’ said Ivan Afinogenov, head of R&D at Philex Group, on the partnership. — Working with them guarantees us a stable build quality and a minimum of technological defects. Ultimately, these are satisfied customers — and this is what matters for business. Not only to proudly declare ‘we have Russian-assembled equipment’ (which is often not so good, to our great regret), but also to do everything so that the final recipient can use the computer for as long as possible and as efficiently as possible. And we are glad to cooperate with a stable and technologically advanced company that minimizes our risks on the one hand and promotes the status of the definition ‘made in Russia’ on the other.

Book your stand
Back